By looking at the graphs, we can see I am having slow progress, but I, and my children are going to South Africa to visit relatives.  I will attempt to stay on Keto, but knowing myself, I probably won’t be able to.

The interesting part is that I will likely reverse some gains, BUT the good point is that once these reverses happen, the gains come back rather quickly. 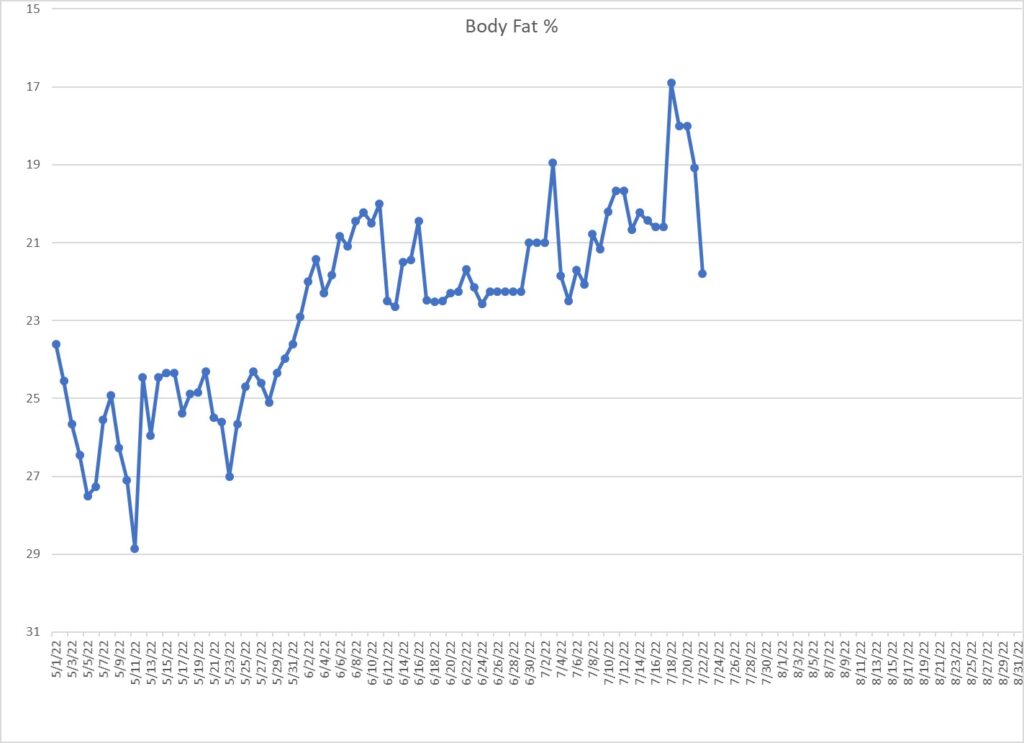 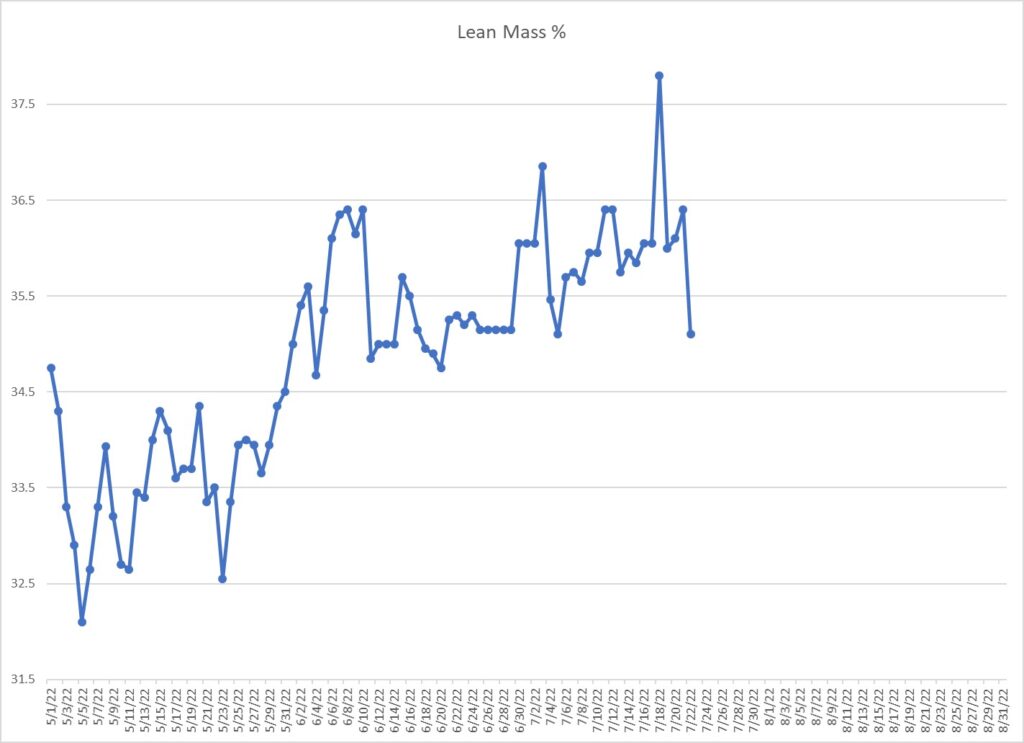 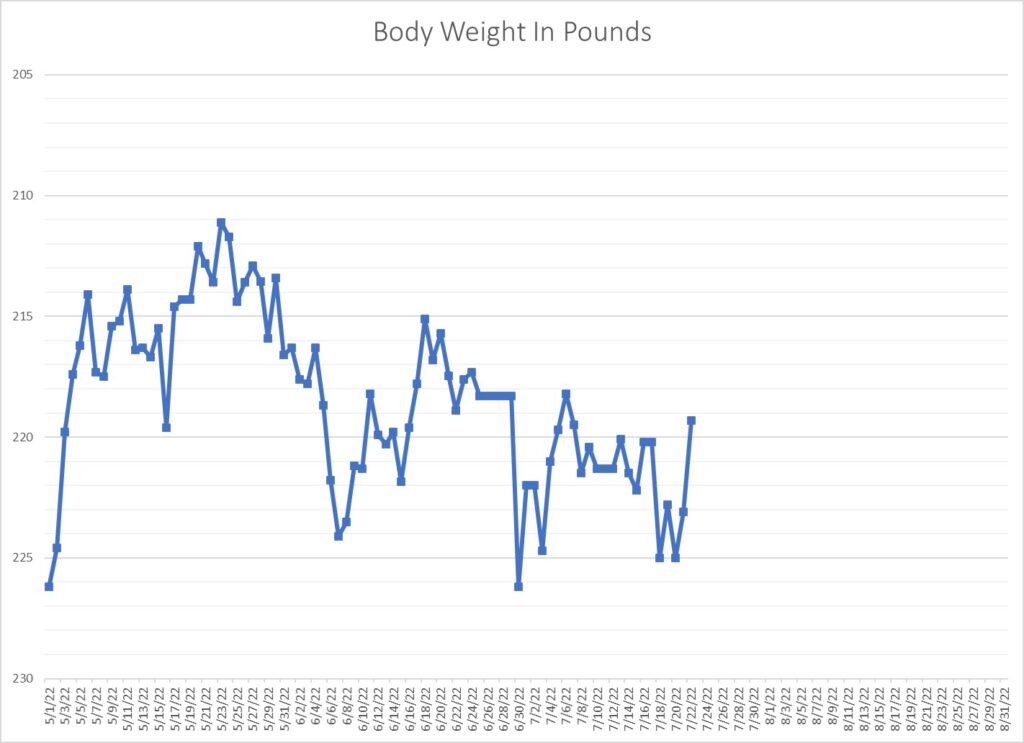 As usual, the lean tissue and fat move in opposite directions from the weight graph. However, lean and fat trends look very good, as trends and weight look the best.  I assume this opposite movement happens because of water retention.  That is the only thing that can explain a several-pound change in weight. I have not figured out why water loss and retention change so much from one day to the next, but I will research it soon.

What matters is that the overall trend moves in the direction one wants.

South Africa has some of the best restaurants I have ever seen, and I have been to over 30 countries.  Most restaurants are owned by an original citizen of the country the restaurant represents. For example, Greek places are owned by Greeks, Italian by Italian. The second reason is that food is grown under less “industrial” conditions like American farms.

The average Italian restaurant in a residential neighborhood might be as good as a top restaurant in a foodie area of a large American city.  This alone makes it very difficult NOT to overeat or to eat the wrong foods for someone who generally eats Keto.  I have done it, but it is hard. I was Vegan for several years, and I mean 100% Vegan, and I have also done that while visiting South Africa.  And South Africa is a meat-eating country. They love their meats! I am rambling but preparing myself for a “disaster.”

I will update my graphs until I leave and continue my diet and nutrition story.

Leo Hamel is the founder and senior consultant of Leo Hamel Fine Jewelers and Leo's Fitness Lab in San Diego.

Feel the Difference at Leo's Fitness Lab
Fill in your email below and your personal trainer will contact you to schedule your FREE session!